Swiss WorldCargo is the air freight division of Swiss International Air Lines (SWISS). Headquartered at Zurich airport, Swiss WorldCargo offers a comprehensive range of logistics solutions for transporting any type of cargo including high-value and care-intensive consignments to some 130 destinations in over 84 countries. Its extensive network of air cargo services is supplemented by daily truck connections between key business centers. As a reliable and innovative service provider within the Lufthansa Group, Swiss WorldCargo is committed to consistently delivering ‘SWISS quality’ to its air freight customers.

We use our unique strengths as a reliable and innovative service provider within the Lufthansa Group to focus on care-intensive logistics solutions.
We inspire our people and engage our partners and continuously deliver superior quality.
We care for your cargo.

SWISS adopts the Kaizen approach to continuously improve its business.

IATA selects Swiss WorldCargo to pioneer the introduction of a new "e-freight" facility in Switzerland.

New destinations added to the long-haul network thanks to a comprehensive collaboration agreement with Edelweiss Air.

New airfreight capacity between Zurich and Newark thanks to the introduction of A330 on the route.

Reconfirmation of the "Cargo 2000" platinum membership.

On Board Courier Service now available thanks to the partnership with Chapman Freeborn.

Quality alliance with Cargologic and SATS.

Swiss WorldCargo to test drone technology in cooperation with Swiss Post and Matternet.

Ashwin Bhat takes over from Oliver Evans as Head of Cargo.

Swiss WorldCargo is one of the airlines taking the lead in eAWB 360 campaign.

Swiss WorldCargo launches new website to put user experience and its customers at the centre.

Swiss WorldCargo has been rewarded for the DHL CARE Award for the second time.

The new organisational set-up in America has been introduced and will consolidate three regions to two.

Swiss WorldCargo rewarded with the DHL CARE Award for the third time.

Lorenzo Stoll takes over from Ashwin Bhat as Head of Cargo. 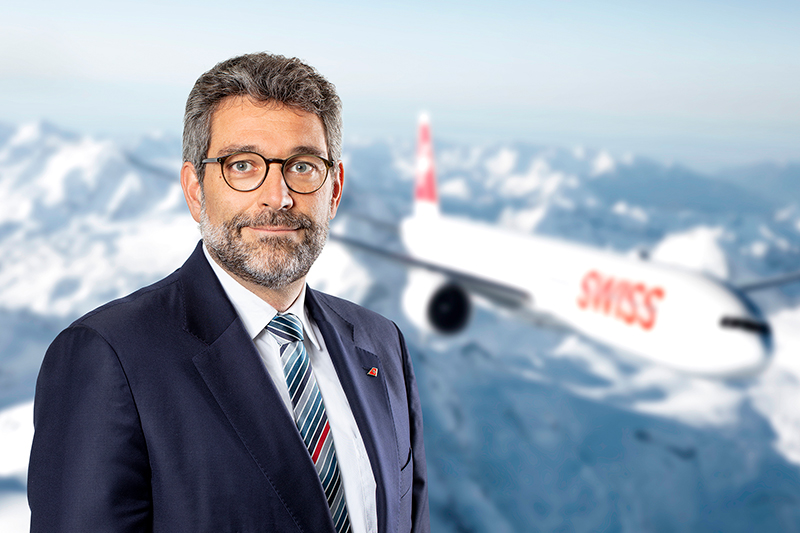